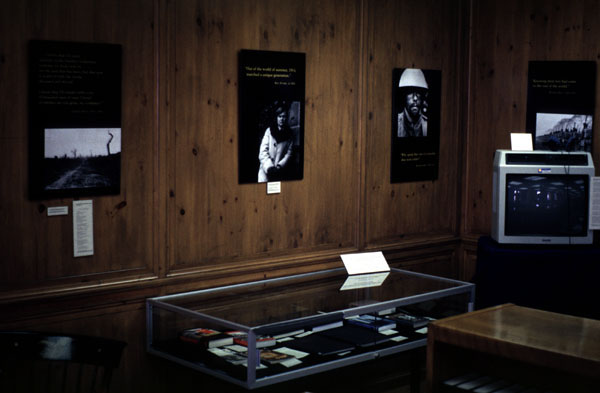 
The first full-length study of Great War poetry, and an early champion of David Jones' epic In Parenthesis. Johnston's thesis of the evolution of lyric and narrative forms traces the lyrical poetry of "early" war poets such as Rupert Brooke, Julian Grenfell, and others; the poetic experiments of Siegfried Sassoon and Wilfred Owen; the "thematic cycles" of Robert Nichols; the narrative poetry of Herbert Read; and finally David Jones' epic prose-poem In Parenthesis.


An excellent survey of Great War poetry, fiction, and memoirs. Bergonzi methodically outlines the works of the major poets (grouped together by style/time period), authors of fiction, and memoirists (and even "civilian responses") while including historical and biographical background for context.

A collection of essays on the war by such writers as Robert Graves, Edmund Blunden, Sir Basil Liddell Hart, R. C. Sherriff, R. H. Mottram, Vera Brittain, and with a foreward by Herbert Read.

A landmark book, still "the classic modern interpretation" (Judd 15). Fussell surveys Great War poetry, drama, fiction, memoirs, and even letters and general culture, finding in them earlier influences, and also tracing their influence on subsequent twentieth-century writing, culture, and thought. This is the book with which all subsequent critics have had to deal -- a knowledge of it is essential to the study of Great War literature.

Ecksteins takes readers on the fascinating journey of "Modernism" beginning with Stravinsky's The Rite of Spring, through the Great War and post-war, eventually to Hitler's suicide in the Spring of 1945.

An excellent, perceptive critical study of Great War poetry by the editor of Never Such Innocence: a New Anthology of Great War Verse.