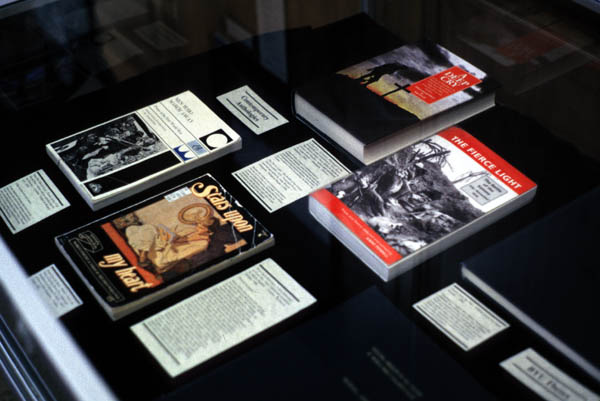 "The whole texture of British daily life could be said to commemorate the war still." Paul Fussell (b. 1924)


A very traditional anthology that deals with the major poets, and follows the customary progression from "innocence" to "experience" with examples of early work (Rupert Brooke, Charles Sorley, Thomas Hardy, etc.), to later poetry by Siegfried Sassoon, Wilfred Owen, and Isaac Rosenberg.

Martin Stephen takes the title of his anthology Never Such Innocence, from the poem "MCMXIV" by Philip Larkin. Truly a "new" anthology, recognizing and incorporating the unknown, the forgotten, and the overlooked along with the expected canon of Great War verse. Early poems by Rupert Brooke add another dimension to his generally accepted reputation as a naively patriotic war poet. Poems by Ewart Alan Mackintosh, A. A. Milne, Saki (H. H. Munro) are included, as are lengthy excerpts from the "lost" epic masterpiece The Song of Tiadatha. Meanwhile, Stephen leaves out poems by Robert Graves (respecting Graves own excising of his war poetry from later collections), and even John McCrae'swell-known "In Flanders Fields." A true enthusiast of Great War poetry, Stephen is understandably nostalgic enough to include earlier versions of Owen's "Spring Offensive," and Rosenberg's "Dead Man's Dump." Poems by women, airmen, poems of the war at sea, and poetry written about theaters other than the Western Front, reinforce the feeling that this was truly a world war. Stephen also provides excellent analysis, chronology, and biography to accompany the poems. (Martin Stephen's more complete critical analysis can be studied in The Price of Pity : Poetry, History and Myth in the Great War.)


Catherine Reilly's anthology shows us the other side of the Great War experience in verse: poetry of "over here," of non-combatants. Vera Brittain and Jessie Pope are among the poets. (For more on Great War poetry written by women, see the study in the Virtual Seminars for Teaching Literature at http://info.ox.ac.uk/jtap/tutorials/intro/women/.) Catherine Reilly is also the compiler of what has become the standard bibliography of Great War poetry:


Anne Powell's A Deep Cry combines historical background, biography, prose and poetry to provide a portrait of each poet covered. Following the same style of biographical and historical sketches, Anne Powell has also edited a volume documenting the Battle of the Somme:

Because this volume is not limited to poets killed in the war (as is A Deep Cry), it includes work by such writers as Siegfried Sassoon, Edmund Blunden, Robert Graves, and David Jones (whose epic poem, In Parenthesis, tells the story of a unit's move to and involvement in the Battle of the Somme).