Scroll to see
authors and artifacts

Another major development during this period was the mass-production of color images. Printers had been working in color for centuries, but during the mid-Victorian period, full-color printing finally became a commercially viable enterprise. Chromolithographs first appeared in deluxe art and gift books, but would also be utilized by publishers of children’s books, greeting cards, magazines, and literature and non-fiction. 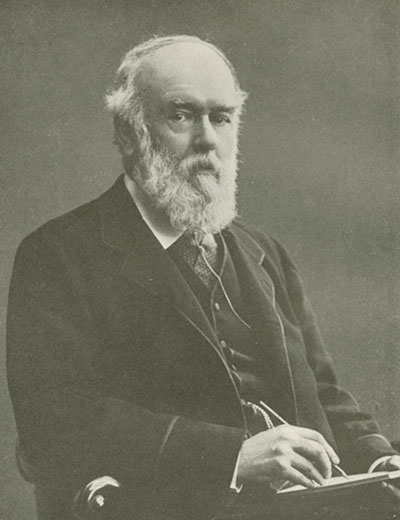 As a teenager Myles Birket Foster began working in his family’s bottling firm, but after a near-fatal accident, his father apprenticed him to a wood-engraver. Foster’s talent for drawing quickly led him to creating original wood engravings for the Illustrated London News, a popular weekly newspaper. In 1847, publisher Henry Vizetelly began commissioning Foster to illustrate books. His first real success as an illustrator was due to his work on an edition of Henry Wadsworth Longfellow’s Evangeline (1850); within a few short years, he became much sought after as an illustrator of poetry. Foster was a prolific illustrator whose work was often used in anthologies of poetry and other deluxe books. He also achieved critical acclaim for his watercolor paintings. 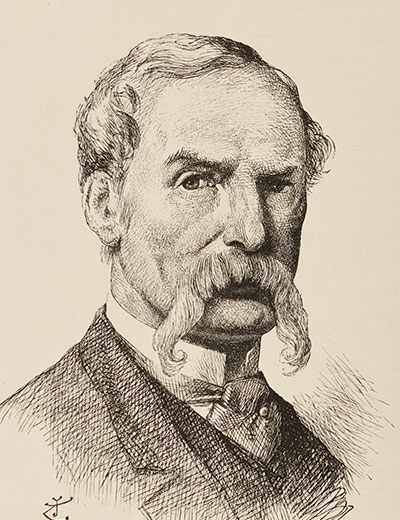 John Tenniel was the son of a fencing instructor. His father drilled him in athletics, but young Tenniel was fascinated by painting and spent his teens sketching works in London museums and galleries. He undertook formal art studies at the Royal Academy Schools in London. Though Tenniel was blinded in the right eye in a fencing accident when he was 20, he had a very successful career. Seeking a steady income, he took a position at the magazine Punch in 1850, drawing titles and cartoons. After John Leech’s sudden death in 1864, Tenniel became the magazine’s chief illustrator; by the time he retired in 1900, he had contributed over 2100 major illustrations to Punch. Tenniel also worked as a book illustrator. Author Lewis Carroll was impressed by Tenniel’s illustrations for an 1848 edition of Aesop’s Fables, and asked Tenniel to illustrate some of his books. Today, Tenniel’s best-known work is found in Alice's Adventures in Wonderland (1865) and Through the Looking-Glass, and What Alice Found There (1872). He was knighted by Queen Victoria in 1893, the first time an illustrator had received such an honor. 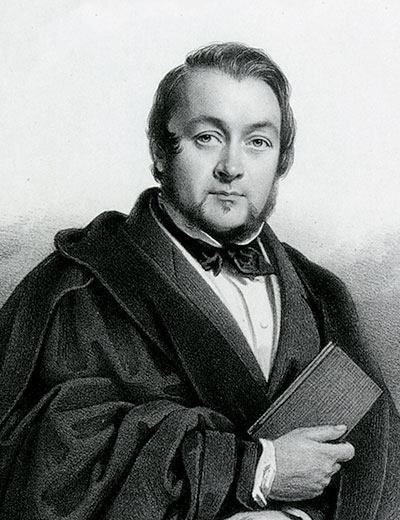 Owen Jones was an architect, designer, and printer. In the early 1830s, in order to further his architectural training, Jones embarked on a tour of Europe, the Middle East, and Turkey, which sparked his interest in Islamic art and architecture. Jones spent six months documenting the Alhambra fortress in Spain with fellow architect Jules Goury, and upon his return to England, he began issuing the landmark Plans, Elevations, Sections and Details of the Alhambra (1836-45). In order to illustrate this book in color, Jones wanted to use chromolithography, but since no English printer was yet able to support the technology, Jones set up his own presses at his London home. Jones’ press was soon commissioned by other authors and publishers, and he designed and printed illustrations for many deluxe books of the 1840s and 50s.

“Acheta Domestica” was the pseudonym of an author and illustrator also known as Miss L. M. Budgen. She wrote and illustrated a number of books during the 1850s, all on topics dealing with the natural world. Her best-known work is Episodes of Insect Life (1849). “Acheta” seems to have had an affinity for natural history; her pseudonym is taken from the scientific name for the house cricket, and all her books were issued by Lovell Reeve, a prominent science publisher.