Illustration at the Fin-de-siècle

Book illustration proliferated in the last decades of the Victorian Era. Advances in photography allowed illustrations to be reproduced cheaply, and publishers produced a higher output of illustrated titles than at any time since. While many illustrators worked in traditional styles, a revolution was taking place in the art world. A new movement called Aestheticism affirmed the notion of "art for art’s sake"–art needed no other purpose than beauty and pleasure. Aestheticism influenced literature and the fine and decorative arts as well as book design and illustration. It inspired some of the most recognizable illustrations of the period. 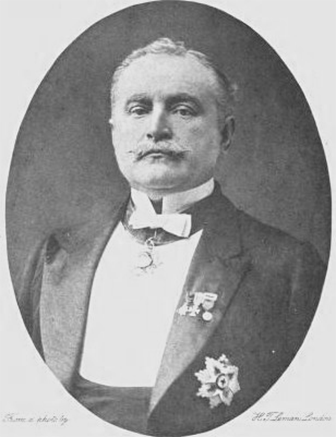 Richard Caton Woodville’s parents were both painters. As a young man, he studied painting in Germany. Woodville moved back to London in 1877, and submitted a drawing to the Illustrated London News. He was offered permanent employment and spent his entire career there, though he contributed to other periodicals. Woodville’s specialty was in military and war scenes (which he created from drawings provided by sketch artists sent out as war correspondents as well as his own imagination), but he occasionally illustrated fiction for the magazine. Woodville was also a successful painter who received numerous important commissions to portray incidents in British military history. 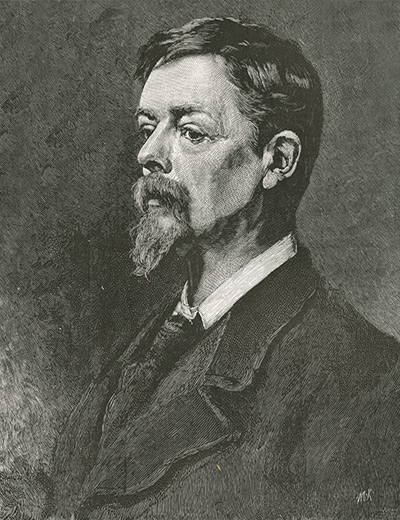 Illustrator and novelist George Du Maurier was born to a French father and English mother. He initially followed his father into the sciences, but after his father’s death in 1856, George moved to Paris to hone his artistic talents. He studied painting in Paris and Antwerp, but experienced a sudden loss of sight in one eye which forced him to give up painting. Du Maurier returned to London in 1860 in order to pursue a career as an illustrator, finding work at various magazines. On the advice of illustrator Frederick Sandys, Du Maurier focused on drawing from life, which led to commissions for illustrating serialized novels in the magazine Once a Week. In 1864, Du Maurier became a member of the staff of Punch, producing social cartoons. He also worked as a book illustrator, winning acclaim for his work on a collected edition of Elizabeth Gaskell. By the 1880s, Du Maurier began having difficulties with the vision in his good eye, and he decided to find alternate means of earning money. He won great success as an author of fiction, including the novels Peter Ibbetson (1891) and the bestseller Trilby (1894). Du Maurier illustrated both novels himself. 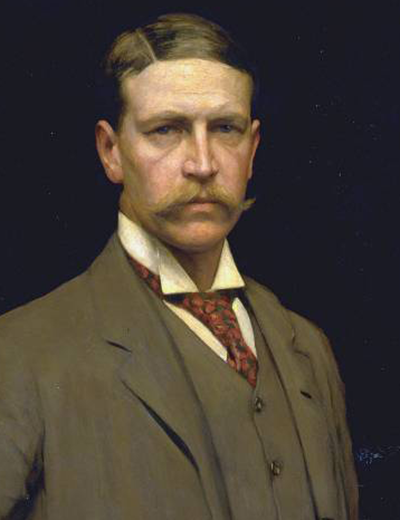 Charles H. M. Kerr was primarily a painter of portraits and landscapes. He was educated at Corpus Christi College in Oxford, as well as at the Royal Academy Schools and in Parisian art schools. Kerr was a regular in the English art scene of the late 1800s. He exhibited numerous paintings at the Royal Academy and the Royal Society of British Artists. Today, however, Kerr’s contributions to the art world and to the field of book illustration have largely been forgotten. 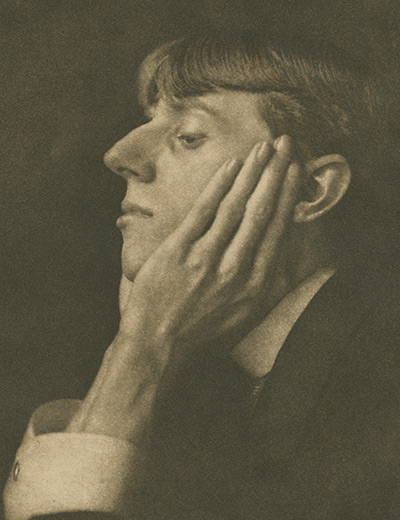 Aubrey Beardsley was an artistic prodigy of the late Victorian period. By age 20, Beardsley was recognized for his linear, black-and-white drawings. In February 1893 Oscar Wilde's play Salome was published in London, and Beardsley’s drawing inspired by the play was printed in an art magazine. Wilde admired the drawing, and his publisher commissioned Beardsley to illustrate a new edition of the play, which brought the young man great notoriety both for the skill of his drawings and for their grotesque eroticism. Beardsley co-founded the most famous literary and art journal of the Aesthetic period, The Yellow Book, first issued in April 1894. But Beardsley’s connection to Wilde proved so controversial that he was dismissed from the magazine in 1895. Soon after, Beardsley was approached by publisher Leonard Smithers about establishing a rival magazine, The Savoy. Beardsley contributed written pieces and drawings to the journal and illustrated several books for Smithers. Beardsley had suffered from tuberculosis since boyhood. By late 1897, his condition had deteriorated enough that his doctor advised a change of climate and he moved to France, where he died at the age of 25. 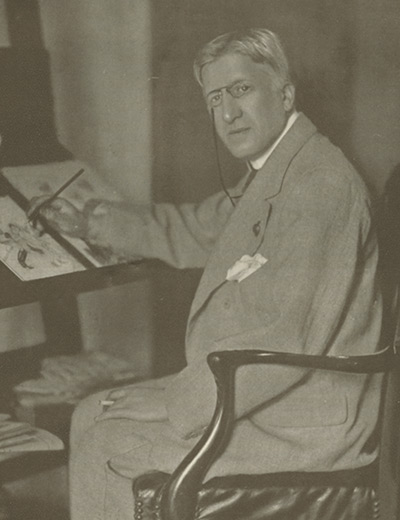 E. J. Sullivan’s career as an illustrator and graphic designer bridged two centuries. As a young man, he worked at a number of Victorian illustrated periodicals, including The Daily Graphic, where he illustrated news articles as well as fiction. By the mid-1890s, Sullivan was illustrating books, including editions of Richard Brinsley Sheridan’s The School for Scandal and The Rivals (1896) and Thomas Carlyle’s Sartor Resartus (1898), which is often considered his masterpiece. Sullivan was also an educator who published several books on illustration. His style is often compared to that of Aubrey Beardsley because it incorporates elements of the grotesque.